Home / News / We spoke to Chris recently about his time with Mila Maintenance and Installation; this is his story.

We spoke to Chris recently about his time with Mila Maintenance and Installation; this is his story. 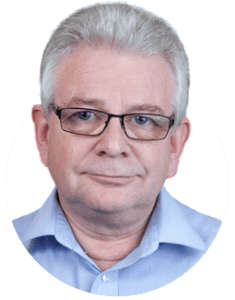 “It is fair to say that I have seen some considerable changes in the business, from its humble beginnings to what it has become today, and I never imagined when we began that I would end up retiring here”.

“The company was initially set up out of the Mila Hardware business. The technical team there were regularly called out to rectify faulty hardware, only to find that it was the initial manufacture or the installation which was the cause of failure. But regardless it was their job to put it right”.

“This was at a time when the PVCu industry was in its infancy, and the German systems which were the first to come into the UK were largely Tilt and Turn. The mechanisms were very complex compared to what we were used to on our windows in the UK, and nowhere near as robust as they are today. Most of the jobs we got called to were to repair or replace parts of the gearing”.
“In the set-up we have in the company today that would be straight forward enough, but at that time we had three men, one van, one not very mobile phone, no office and no warehouse for parts – the replacement parts we needed were literally delivered to whichever pub we were staying in advance of carrying out the works the following day”.

“While today we talk to clients about planned maintenance and cyclical maintenance, in those days everything was responsive, so Monday and Tuesday in Brighton replacing gearing that was not fit for purpose in coastal locations was followed by Edinburgh on Wednesday and Portsmouth on Thursday. We were not efficient, we were totally responsive, but this is the time we carved out a reputation for ourselves for customer service which we still hold today. These were the days in which we created the foundation stones of our business”.

“These were also the days we found our niche in creating innovative solutions to complex problems, such as in Sunderland, where the In-line Pivot windows installed in the North Sea facing high-rise housing blocks were allowing unacceptable levels of water ingress into the homes of the residents. We worked out that we could replace the Pivot sash with an opening in Tilt and Turn sash fitted with heavy duty gearing. We conducted a successful trial, permanently removing the potential for water ingress, and the council signed off the works”.
“It was a great moment for us as a company, showing the strength of our technical knowledge, and Sunderland was the case study on which we based a number of other models for repairing windows in high rise applications”.

“In fact, probably my favourite job in all the time I have been with the company stemmed from this, with the refurbishment of three blocks of high-rise living accommodation in Scunthorpe just a couple of years ago. Working with United Living, an outstanding contractor partners, we completely re-geared, re-gasketed, re-glazed and re-guaranteed close to 1,000 windows saving the client Ongo Homes substantial amounts of money against the cost of replacement”.

“It was a further recognition of our innovative culture and our technical thinking, and a scheme which we can all look back on with great satisfaction as a job well done and entirely in keeping with the ethos we set out with 30 years ago, which was to demonstrate to clients that their windows and doors could be repaired and maintained and do not always need to be replaced”.
“The business is very different to how it was when I started, but I am delighted to have grown with it and to have played my part in making it the success it is today. I wish the company every success in the future and know that it will continue to be a leading player in its field”.