Unfortunately due to the current situation with COVID-19 we have had to temporarily suspend our services. Click here to read the full statement 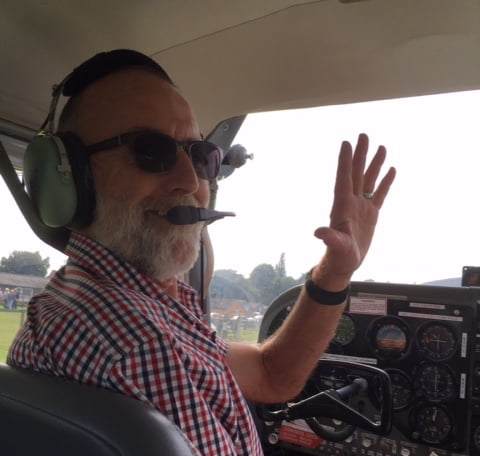 Michael Flies High towards his Retirement

Michael Stimpson, Service Engineer was absolutely delighted with the choice of his colleague’s leaving present they brought him for his retirement – a trip in a small aircraft, flying over his hometown of Dymchurch.

Michael’s work colleagues wanted him to enjoy an experience he would always remember and clubbed together to buy Michael the trip which would take place from the local airport at Headcorn. Michael had worked for Prima Services, previously in his role before the company was brought-out by Mila Maintenance in 2016.

Commenting on his trip, Michael said: “The whole experience was wonderful. My daughter and wife came with me, but because of the windy condition, my wife decided to stay on the ground and watch, so Amy my youngest daughter flew with me.”

“We flew out towards Ashford and then across to Dymchurch – flying directly over our house. Being able to fly over Dover and Capel to see the Battle of Britain Memorial was fantastic enough, but the icing on the cake was when Nick, our pilot, handed over the controls for me to fly the aircraft. I had no idea this was included in the package and it was an absolute thrill.”

The team at Mila Maintenance wish Michael a great retirement and good luck for the future.